A consortium of racing owners and investors known as the UK Tote Group have formally completed their takeover of The Tote from Betfred for a figure described as north of £100 million. The move was first set in place in May 2018 when the first instalment of £20 million was paid, giving UK Tote Group an initial 25% stake in the firm.

Following the latest agreement, the UK Tote Group is set to pay a further £115m, or £95m in instalments, to complete the purchase, which includes payments made to the Horserace Betting Levy.

Formerly known as Alizeti, the new group is made up of over 160 individual investors, most of whom come from a racing background such as trainers, owners and breeders including the Racehorse Owners Association, the China Horse Club and the Queen’s racing manager John Warren. The most significant name however is Michael Spencer, a billionaire investor and city tycoon who bought in to the project for a 10% stake in earlier this month.

Since 2011, privately held bookmakers, Fred Done’s Betfred of Warrington have run The Tote after they purchased it from the government for £265m, a fee that included real estate assets also.

Now headquartered in Wigan, the UK Tote Group plan to publicly outline their blueprint to revive the British racing institution in the near future. The Tote, after all, originally dates back to 1928 when it was founded by Sir Winston Churchill during his stint as Chancellor of the Exchequer in Stanley Baldwin’s cabinet.

At the time, the Tote was designed to offer bettors an alternative to bookmakers which is why traditionalists were originally set against the sale to Betfred. Many also suspected that Fred Done’s main motive was The Tote’s 500 betting shops which could, then at least, host up to four FOBT machines when the stake limit was £1,000.

Big Plans For The Future

The latter could prove especially interesting as shared liquidity with overseas pools is expected to increase significantly in the coming years. This has already been trialled successfully as evidenced with the World Pool which was in place for this summer’s Royal Ascot festival and proved to be hugely popular.

World Pool ran as a collaboration between the Hong Kong Jockey Club and Totepool and allowed bettors to pay into a global pool consisting of 10 countries. Bets, which included those on course with Bet With Ascot, were successfully mixed in with Hong Kong’s pools in order to boost liquidity and prize pools.

Last week when the announcement was made at a reception with politicians and senior racing figures, new boss Alex Frost had the following to say;

“Internationally there are huge opportunities for growth. This was exemplified under the stewardship of Ascot with the launch of World Pool.
The pioneering brilliance of the Ascot team has laid the basis for concepts such as Saturday World Pools and other international collaborative efforts in the years ahead. International collaboration is right at the top of our agenda. Growing the British pool grows the potential contributions we can make to British racing.” 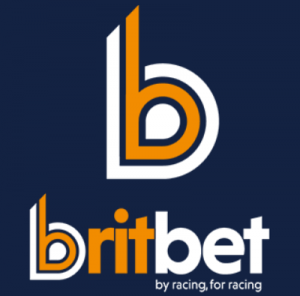 Last October, the Tote and Alizeti joined collaborative forces with similar pool betting operation Britbet that resulted in Britbet affiliated racecourses picking up at least £50m over seven years in a promise from The Tote.

Historically, Britbet and The Tote are not natural bed partners with the former being set up by 55 UK racecourses initially to be a rival pool betting operator to the latter. That rivalry came to an end last year when the two reached an agreement allowing them to work together and share liquidity.

“We welcome today’s news which provides clarity on the future of the Tote. We look forward to continuing to work with the UK Tote Group team to deliver the innovation and investment that will allow pool betting to flourish and, in turn, serve the sport we love.
Along with the new technology we have rolled out across the 55 Britbet racecourses since July last year, today’s news gives us the scope to develop the racecourse experience for customers.”

The original agreement between Britbet and Alizeti meant that the former was effectively retired without ever accepting a bet as they took on The Tote’s branding.