The British public have an increasingly poor attitude of gambling, the United Kingdom Gambling Commission (UKGC) have confirmed. According to the UKGC’s Behaviour, Awareness and Attitudes Report, the majority of the general public view gambling in a negative light with 29% of those questioned calling for a total ban, up from 25% in a year.

The report, which was conducted in December 2019 and in which 4,003 people undertook a telephone survey, also found that the number of total gamblers flatlined rather than grew despite increased online and mobile participation. The UKGC, which was today deemed unfit for purpose, also revealed that as many as 82% of those questioned believed that there were far too many opportunities to gamble today.

The survey also found that 73% are of the opinion that gambling places a threat on family life, up from 71% in twelve months, while 62% agreed that gambling should generally be discouraged. In fact, support for those that believed that people should have the right to gamble whenever they want fell from 62% to 60%. 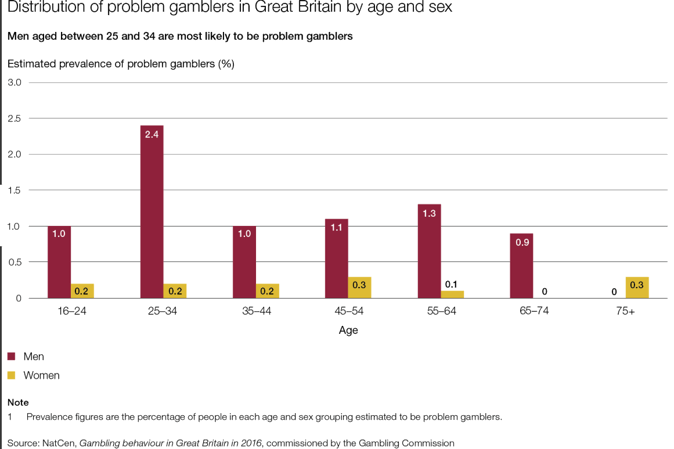 The National Audit Office (NAO) has declared that the UKGC is unlikely to be fully effective in addressing risks and harms to consumers. The announcement came in a report commissioned by the House of Commons that drew attention to a number of insufficiencies regarding the regulator’s ability to protect consumers, enforce licencing and even measure how effective their work is.

This is likely due to gaps in the harvesting of data and intelligence and the subsequent failure to properly utilise this data to identify consumer problems and outcomes. In short, the NAO have concluded that the UKGC did not have a grasp of the impact of its work or whether it was achieving success in its overall goal of protecting customers such as VIP scheme reform initiatives.

The ability of the UKGC to properly react to an ever changing industry was also called into question owing to a funding model that renders it toothless when it comes to investing in new skills to address emerging risks.

As an example, the NAO cited fixed-odds betting terminals (FOBTs) where the UKGC were unable to enforce changes to stake limits but did retain the power to place new controls on operators as well as offer up advise to the government.

Not Fit For Purpose

In response to the National Audit Office (NAO) report on the Gambling Commission, The Gambling Related Harm All Party Parliamentary Group (APPG) have today claimed that this further confirmation that the regulator is not fit for purpose.

The report has highlighted the regulator’s weakness when it comes to customer protection strategies stating that they lacked focus and any progress was difficult to measure and lacking in data while also being slow to react to the evolution of the gambling industry.

The UKGC, which has been the subject of attack from the APPG for some time now, actually responded positively to the NAO report claiming that the report at least recognised their attempts to make gambling safer despite all of the challenges that they face in doing so, such as funding.