MoPlay, the sports betting app owned by Addison Global Limited and based out of Gibraltar, have fallen behind on their bills and are now being taken to court by not one, but two English professional football teams.

Manchester United, who regard MoPlay as their official betting partner, and Watford are both suing for lost funds and have filed a US civil complaint in order to go through the courts to request the outstanding funds.

The clubs have both filed against the betting firm’s marketing representative, Select Management Resources. In Manchester’s case, they are seeking an unpaid £9 million in supposed sponsorship fees.

Their case alleges that, on 14 May 2018, Manchester United signed a global sponsorship agreement with Addison Global worth £12,128,692 which would allow the US firm to market certain aspects of the club such as Old Trafford stadium, the match day program, the club’s television station as well as website and social media channels.

Manchester United’s complaint was filed on 20 September in Atlanta against Select Management Resources of Alpharetta. The case also names the firm’s Georgia-based founder, Roderick Aycox and states that Addison Global defaulted on the agreement by failing to pay the fourth and fifth instalments of the arrangement. 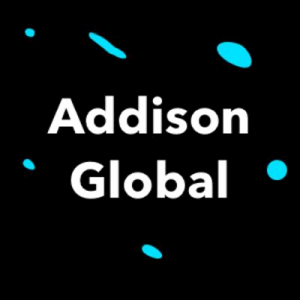 In August 2018, Addison Global were unveiled as the Official Betting Partner of both Premier League teams before Addison Global added the German Bundesliga club Hertha Berlin to their list of soon-to-be unhappy clients in January this year. Although the deals with the Premier League clubs have since been quietly annulled, MoPlay is still listed as the official partner to the side from Berlin.

By far the biggest club on their books though is struggling Manchester United, themselves owned by Americans, who, as they face up to a second year outside the European Champions League places, will not welcome an added loss of funds coming from elsewhere. That said, the club did recently announce a record £627.1m in revenues for the year. In contrast, the plight of Watford is far worse as they sit bottom of the Premier League without picking up a single win so far this season.

Addison Global founder Roderick Aycox made his fortune in payday loans, a business he entered into after a life in insurance failed to pan out. Since he moved into loans, he has accumulated 660 outlets across 21 states. He also donated a collective $1.3 million to Donald Trump’s inauguration.

Aycox founded MoPlay through Addison Global in June 2018 and the brand still claim to be operating normal as are their social media channels which, at the time of writing, had been active in the past few hours. As the firm continue to be quiet about what’s really going on, players are leaving their funds at the site at their own risk.

In other US to UK betting news, William Hill are the latest UK betting operator to announce a deal in the US that will see the creation of the first sportsbook built inside an American sports stadium, common place in the UK, since the Supreme Court ruled to legalise sports betting there in May last year.

The deal is the realisation of a bit of a dream for Leonsis who said earlier this year he would pursue an arena sportsbook having been influenced by observing high street betting shops during trips to London.

“Like Starbucks or Dunkin’ Donuts, they were on every corner. You would see people at lunchtime and all times of the day going in, feeling quite comfortable with the process of placing a sports bet, and there was nothing unsavory about it”. 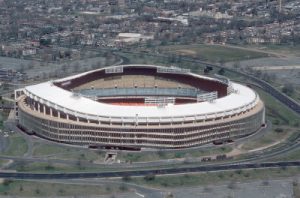 The betting outlet will be set inside the Washington DC stadium after William Hill reached an agreement with the US sports mogul and multi billionaire Ted Leonsis, who also sits on the boards of American Express and Groupon.

Leonsis owns seven professional sports franchises as well as the Capital One arena in Washington and believes that venue betting will prove to be great for fans and businesses alike.

At present, William Hill is operating in 8 of the 14 US states where sports gambling has been legalised. Also at present, Washington DC is the only jurisdiction in the US so far to permit sportsbooks in arenas. In the other liberalised states, gambling is legal but only inside the four walls of a casino and not all of these offer sports betting.