A controversial advert that appeared on the dating app Tinder has landed bookmaker William Hill in hot water after it apparently attributes sexual success with gambling. The pop up message read, “Stuck in the friend zone? You won’t be for much longer if you use this Cheltenham free bet offer”.

The advert lead to one user submitting a complaint to the Advertising Standards Authority (ASA) on March 11, noting that it breaks advertising rules. The ASA agreed saying that the message suggested that those who gambled would be more likely to develop a friendship that leads into a sexual relationship, and therefore linked gambling with sexual success.

William Hill, who initially defended the advert, claim that it was never their intention to link gambling to sexual success, although admitted that the advert could be interpreted that way and consequently agreed to pull the offending message, saying “We take on board what the ASA have said about this particular advert and have removed it from circulation”.

ASA acknowledged William Hill had removed their advert stating that it must not appear again in its current form. ASA also said that, according to advertising rules, gambling ads must not link betting to seduction, sexual success or enhanced attractiveness.

Tinder, on the other hand, said that the advert had passed their screening measures after they had reviewed the advert, making sure its content was not socially irresponsible, offensive or targeting minors. The idea being that customers who signed up would “enter into a relationship with William Hill” as opposed to being “stuck in the friend zone”, a term used to describe a situation where one person wants a relationship while the other sees a person purely as a friend. 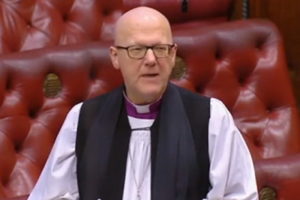 The Church of England’s lead bishop, the Bishop of St Albans, Dr Alan Smith, has long campaigned for tighter regulation of gambling advertising and said the following;

”I have been left speechless by this desperate type of advertising. The gambling industry’s approach to self-regulation appears farcical as more of these adverts are exposed. I fear some betting firms are now operating under a ‘don’t get caught’ mentality. The ASA’s robust action should be a wake-up call to the industry”.

In February, Smith condemned newly issued advertising standards issued by the Committee of Advertising Practice (CAP) as another lost opportunity, citing that punishments for rule breaking were often too soft. The standards, designed for protecting children from gambling advertisements, prohibit online-gambling adverts targeted under 18’s.

“This endless barrage of adverts has normalised gambling, and we now have 55,000 children who are problem gamblers and it is time for the gambling industry to take this issue seriously. It is our moral duty to protect young people from gambling-related harm, and I hope the Committee of Advertising Practice will support my General Synod motion demanding tighter regulation around gambling advertising.”

This incident is the latest in a series of adverts from the betting industry to have caused ASA to act. Earlier this year, they took action and banned a Paddy Power TV campaign that featured the brother of Wales national football team manager Ryan Giggs, Rhodri. Not, for an advert full of typically cheeky Paddy innuendos and jokes about ‘loyalty’, but instead for glamorising gambling as a route to a wealthy and lavish lifestyle. 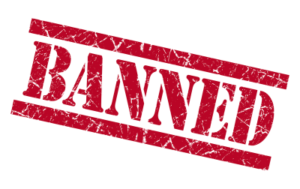 No strangers to controversy, Paddy Power had another advert banned by ASA last year after the commercial, which showed a casino security guard playing Paddy Power slots on his phone whilst singing, was ruled to normalise gambling at work.

ASA have also had to take a tougher stance on other gambling adverts that can be considered appealing to children. To that end, an advert for a Monopoly-themed online casino slot game was banned by the regulator over the use of the board game’s cartoon mascot, Rich Uncle Pennybags. In April, the regulator named five gambling firms – Vikings Video Slot, Redbet, Multilotto, Unibet and PlayOjo – breaking strict rules surrounding targeting children with online betting ads after the regulator created a number of child avatars to see the type of ads children are exposed to online.