The Gambling Commission of the United Kingdom is useful for many reasons. Not only does it provide the framework for obtaining and maintaining licences by gambling companies, but it works in many other areas. For example, it publishes statistics surrounding the scene, allowing anyone and everyone to see what percentage of people have been gambling, what their preferred gambling platforms are, what sort of income has been garnered from the industry, and so on.

This sort of data collection continued on throughout the COVID-19 pandemic lockdowns in 2020 and onwards. Naturally, the Commission wanted to know more about who was playing online and when while the country slowed down on the whole. Therefore, gambling operators continued to submit data regarding the number of people visiting their sites, depositing, playing games, withdrawing etc. William Hill, which recently announced that it is closing three of its online casino brands for the European market in 2022, was one of those operators supplying information to the Commission.

The European arm of William Hill is being taken over by the 888 Group, with this expected to be complete in the first quarter of this year. Yet prior to the takeover of this arm and its international arm from Caesars Entertainment, the company allowed the Commission to publish regular updates on gambling habits during the pandemic, by utilising its data. That same data has now been noted as dodgy, with the Commission urging those who utilise such statistics as a resource to disregarded them all. Reanalysis of the correct data is expected to be published in February, with the Commission ordering William Hill to sort it out. 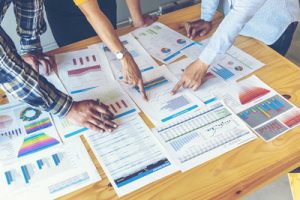 During the first lockdown of the United Kingdom, concerns were raised over any successive lockdowns having the potential to drive people to betting too much online. With fewer places to go to outside of the house, it was thought that players would turn to online gambling more often than they did prior to the pandemic. Therefore, regular data updates have been published by the Commission since March of 2020, featuring information surrounding big brands, including William Hill.

Towards the end of 2021, it was reported that problem gambling had risen in those over 65. About 620,000 people in the age group were said to be gambling online at least once a month, and that figure stands as a larger increase than any other age group. Campaigners had immediately pointed out the problem of being isolated at home with little contact with the outside world as being likely factors in pushing over-65s to the online gambling scene more frequently.

Yet in an update posted on December 23 of 2021, the Commission said that it had been supplied incorrect information by the William Hill brand. The data between March 2020 and September 2021 was said to have contained incorrect datapoints, leading the regulatory body to warn people to exercise caution when analysing such gambling information.

William Hill is one of several big-name brands that possess a collective 80% share of the UK market, and they have been seen as key resources for both academics and health care workers. Yet due to the incorrect data submitted by the operator, all data needs to be reanalysed.

Consequences Being Reviewed by the Commission

The William Hill brand is currently the fourth largest digital operator in the UK, ranking behind Flutter, Entain and Bet365. Yet despite its size and unquestionable longevity in the industry, William Hill had to admit to its mistake after a query was raised by the Gambling Commission during data quality assurance processes.

Even though the Commission is able to suspend or revoke an operator’s licence at will, this is not likely to be the outcome for the William Hill brand. Instead, a fine is a much more likely result of the data supply failure. At the moment, there is nothing to suggest that the operator intentionally misled the regulatory body and analysts. The Commission hasn’t given any information on the actual errors involved in the data that was submitted by the operator, either.

And because of that potential fine, William Hill already looks like it will be the second major operator in the UK to be hit with such. Back in November, it was revealed that the well-known SkyVegas brand, which is owned by the aforementioned Flutter, had proceeded with sending free spins promotions to a huge number of people who were trying to recover from their addiction to gambling. Despite signing up to GamStop, one of the UK’s largest self-exclusion schemes, many people noted that they had received the marketing message from SkyVegas. In the same vein as William Hill, it is likely that SkyVegas will be served a fine for its unseemly activity.

It was only last month that the Interim CEO for the Commission, Andrew Rhodes spoke at the GambleAware Annual Conference. During that speech, he said that the regulatory body expected only the highest of standards when it comes to compliance and licensing duties. He continued on by saying that repeat offenders would not be tolerated, and severe action would be taken against those operators who continue to break the rules of their licences.

“In terms of our role at the Gambling Commission, our job is to permit gambling as long as that is consistent with the licensing objectives. Those objectives say that gambling must be fair, crime-free and protect the vulnerable from harm”,

Rhodes said. He finished off by saying that the regulatory body had already revoked 10 licences and recovered over £100 million from penalty enforcements, but re-offending companies were a big concern for him and the Commission overall.

William Hill has been fined by the UKGC before, with recent penalties coming in 2018 for a breach of anti-money-laundering and social responsibility practices, and in 2020 for failing to protect addicts and again prevent money laundering via its Mr Green platform.